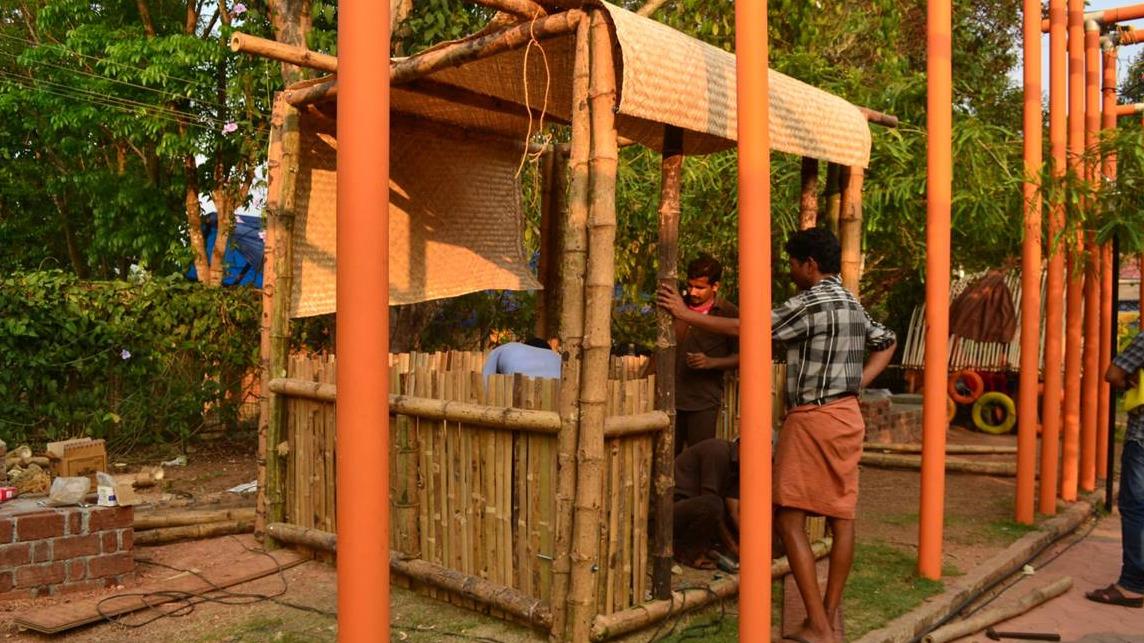 After the success of the mud architecture workshop conducted for 'Arte Barro 2013', Holy Crescent College of Architecture put forth its second venture which was an intensive workshop on bamboo, headed by Ar. Jaigopal Rao & Ar. laths Raman Jaigopal of Inspiration, a Cochin based firm. This became 'Arte Barro 2015'- a two day hands-on workshop that ran on the 21st and 22nd of March 2015, which introduced students to the intricacies of working with bamboo and it's versatility. This second chapter of the Arte Barra initiative saw active participation from students, not only from the host college, but also from students from colleges in and around Kochi. It's aim was to create awareness among students and practicing architects about the Immense possibilities and potentials of bamboo as a building material and to propagate bamboo construction practices among budding architects.

The event oversaw the live construction process of a bamboo structure for the campus which is being used till date as the college canteen. The design of the structure came with a brief in which the building needed to be permanent in nature that could be fully locked and secure. In addition to bamboo, wood, steel, glass, aluminium, etc could be used as structural members and in joinery. The essence of the design challenge lay in figuring out the working details for bamboo connections in addition to developing a creative form. Students got to witness and even lend a hand in its construction process under the supervision of the Inspiration team, who guided onlookers through the process of cutting, treating and manipulating the material. 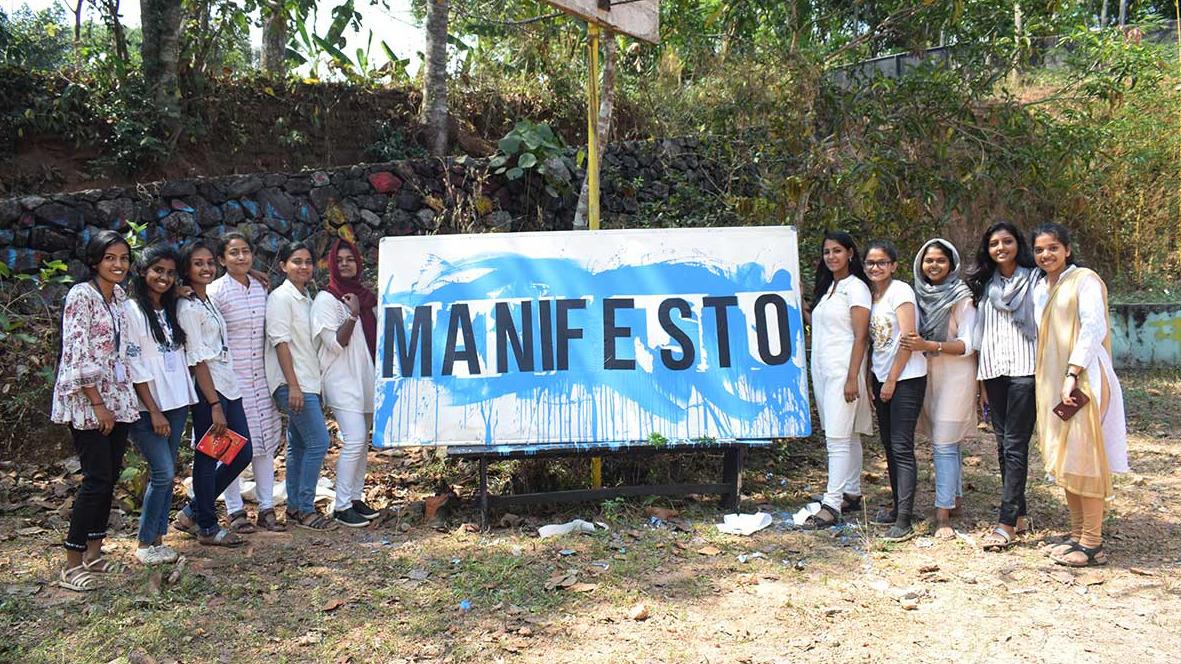 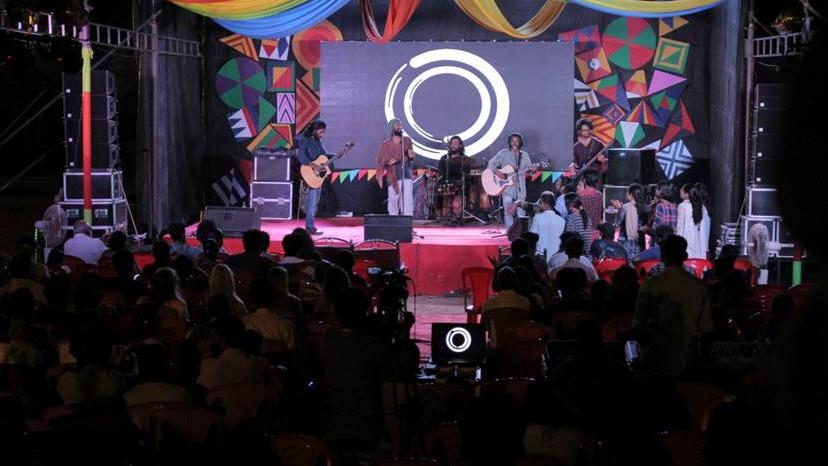 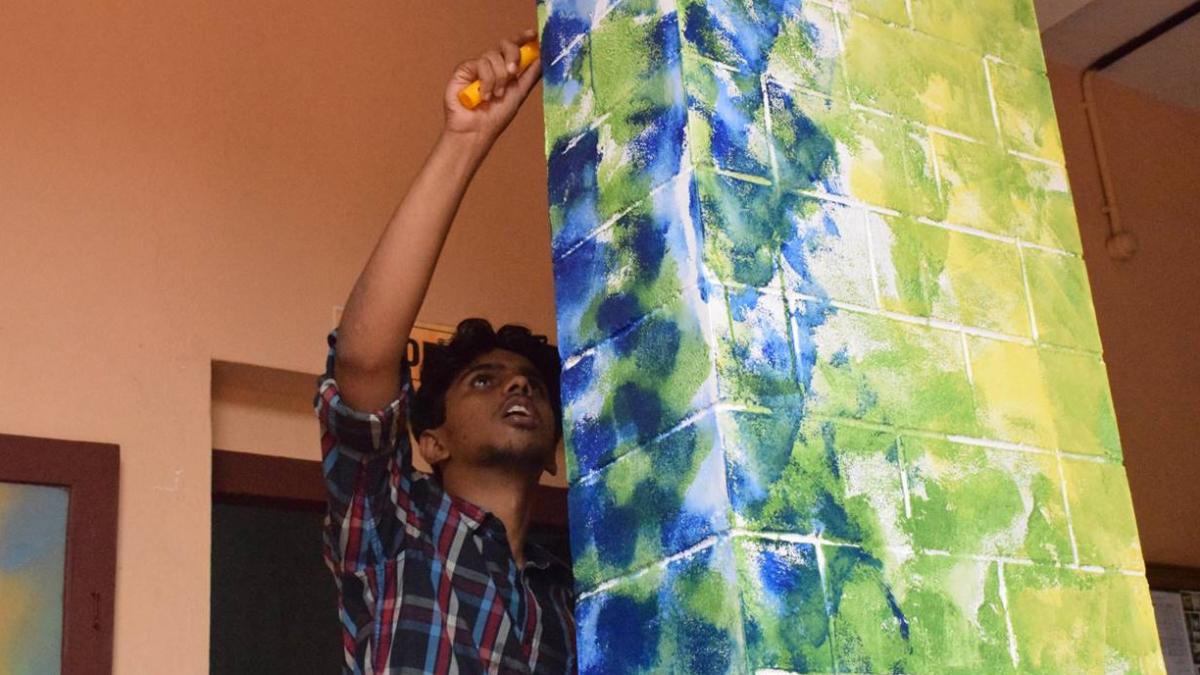 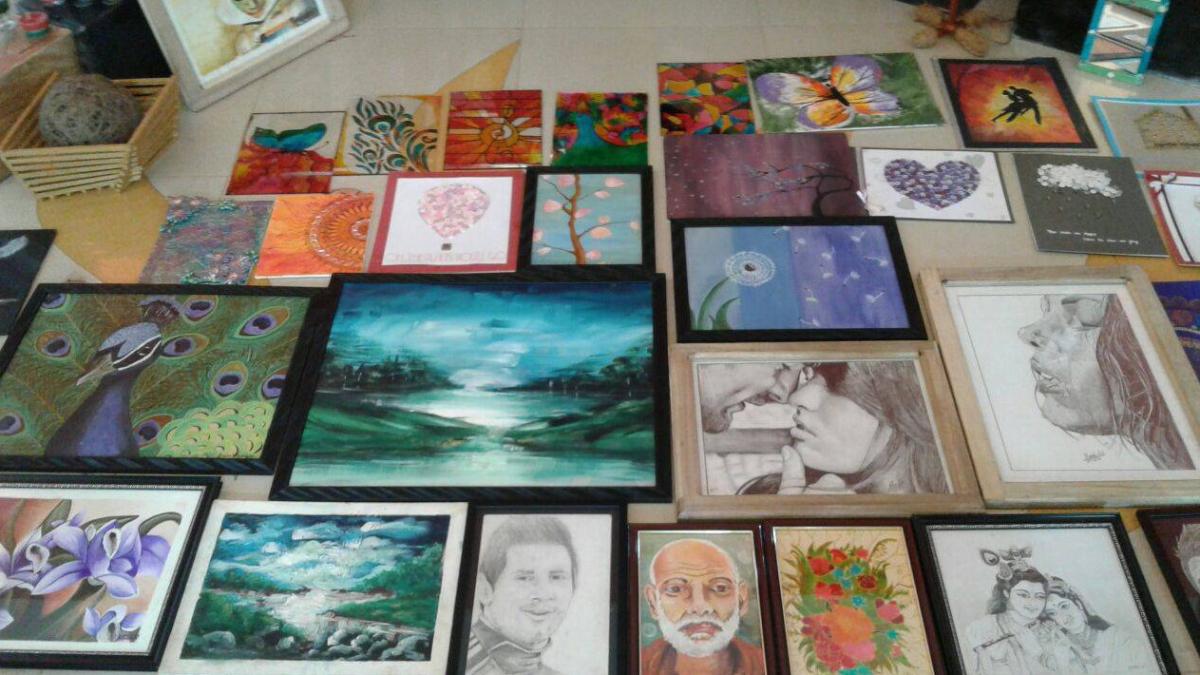